This month, Citrine and Topaz are the governing gemstones of the month, which means you definitely need to join our gem parade!

Following October comes November and there could be no better month to indulge in some colorful drama to beat the winter greys.

If you’re born in November or better still, know someone who is, we’ve got a bag full of delights to fall instantly in love with!

Citrine, the rarest of all the varieties of the Quartz family, gets its name from the French word “citrus”, meaning lemon. A name that was used to identify most yellow stones in the Middle Ages, Citrine slowly got its own identity over time. A good indication of its color, Citrine has honey ambers, yellows to orangey browns hues.

Here’s a little from your chemistry class –

Citrine like all other Quartz is composed of Silicon Oxide, two readily available elements in the environment. Only when Iron oxide combines into the mixture, does it get its golden hues.

Regarded as a gemstone to assist in healing for over 6000 years, Citrines were said to have protected Caesar’s legions from death during their battles. Worn on the chest, the gemstone is symbolic of the sun, protecting its wearer.

So why does this gemstone appear so freely on the market, even though it is such a rare gem?

When mined naturally Citrine can be found in Geodes, mineral rich cavities, which over time get lined by gemstones, mostly clear quartz, amethyst and citrine in order of rarity.

The mystery lies in the gems close relative, the Aubergine Colored Amethyst.

When an amethyst is heated, it has the ability to alter its color and take on a desirable golden yellow. Today most citrine seen on the market is the result of the heat treated Amethyst or Smokey Quartz.

In accordance with the gems durability, Citrines have been found to withstand a lot of weathering which is why the gem is also commonly found in alluvial deposits. These deposits are ones where gemstones have settled at the bottom of a river because of their weight. They generally have good quality stones as weaker parts break off with the movement and the current of the river in a natural tumbling process.

Ametrines, on the other hand, are gems, which display both the colors of Citrine and Amethyst within one single gem. These days gem cutters try to cut stones with a symmetrical color banding, as these stones tend to sell for high premiums.

Used popularly as a gemstone in the 19th century, it was also the favorite of the ancient Romans who loved to set their jewelry with the gem. You can still see many Roman intaglios which are handcrafted in citrine.

Today jewelers and gemstone dealers alike love these golden gems because of its value. Its availability in large sizes, allows them to create spectacular carved masterpieces.

When buying a Citrine you should look for:

Color zoning as seen in a citrine 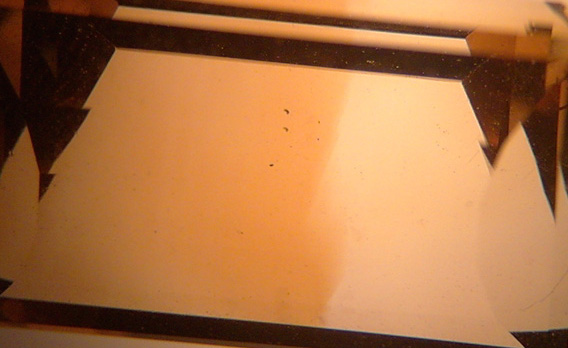 An affordable and beautiful option in pendants, rings or even bracelets, Citrines can detoxify the system and have been noted to improve metabolism.

3 Ways to Pick an Natural Aquamarine Gemstone in 2021

Valentines Day Jewelry That Will Last A Lifetime

4 Reasons To Opt For A Topaz Gemstone