This #October you should be getting your gemstone game on, as it’s the month to be sporting some of the best gems mother nature has to offer. Tourmaline is the second birthstone of the month after Opals, and once you see the spectrum of colors these gems occur naturally in, I promise, you will be pleasantly surprised.

Today I’m covering Tourmalines and everything they have to offer. From the gem’s vibrant colors, its strength that makes its idea for jewelry and its many internal features, you will be surprised by what this common yet not so common Tourmaline can do.

Pronounced toor- ma- leen, this gemstone gets its name from the Sinhalese word toramalli which was a commonly used word for Carnelian, the microcrystalline translucent variety of Quartz. Occurring naturally in the widest selection of colors,

The Different Varieties of Tourmaline

Dravite, the brownish variety of tourmaline is rich in magnesium, which also gives it its brown color.

Schorl, another variety that is the rich in iron usually occurs in the black color range.

Watermelon Tourmaline is the highly loveable variety that forms naturally with the fresh colors of pink at the center radiating to the lush greens as seen in a watermelon.

Indicolite Tourmaline is the dark blue variety that is generally heated to give it, its characteristic color. When this color can be extracted naturally, they sell for high premiums.

Yellow and Green Tourmaline which are the most common of all colors and can become quite valuable when they come in the emerald green and eye clean golden hues.

Over the recent years, there has been a stir within the market with regards to the copper-rich, electric colors seen in Paraiba Tourmalines. These gems originally mined in the Paraiba region in Brazil have a distinct, intense color that has set it apart from any other. Gems mined in this region with strong, electric greens or blues tend to demand extremely high prices. Today similar quality gems have also been excavated in many other regions with Madagascar being one of them. When mined naturally with a high presence of copper, these African Tourmalines are given the term Paraiba for their iconic electric Paraiba color with correct disclosure.

Last but not least is Rubellite, the fuchsia pink variety of Tourmaline that gets its name from the Latin word meaning red. It could have a gradation of color from hot pink to a lighter pink color.

Tourmaline is a gemstone that is being used widely in the jewelry industry today, which makes sense, as it is both a durable and a lustrous gemstone. Securing a 7.5 on the Moh’s scale of hardness, this gemstone is perfect when set as earrings, rings, and even in bracelets. The gem’s durability and chemical resistance allow’s you to wear your tourmaline jewelry on an everyday basis taking a lot of wear and tear from your daily house chores.

At JupiterGem, our Tourmaline collection revolves around the beauty of the gem, its inclusions, and its natural crystal system. Here are a few pieces from our latest collection.

Identification of your Tourmaline

Wondering how to identify if your tourmaline and whether it is a natural gem or not? Here we have a few pointers for you to keep in mind.

Some tourmalines have high amounts of growth tubes present within them. When this is present, these gems can be cut as cabochons to reveal the Cats Eye Chatoyant Band on the gem. A rare, yet beautiful characteristic.

Tourmalines are popularly known for their ability to display two to three colors within a single gem, commonly called Multicolored Tourmalines or Parti-Colored Tourmalines. Much like that of Watermelon Tourmaline. Crystals can have its color spread unevenly or in clear-cut zones. This occurs because of the change in trace elements that give rise to color during the time of growth. Some tourmaline crystals have been found with up to 15 different colors seen within the same crystal. 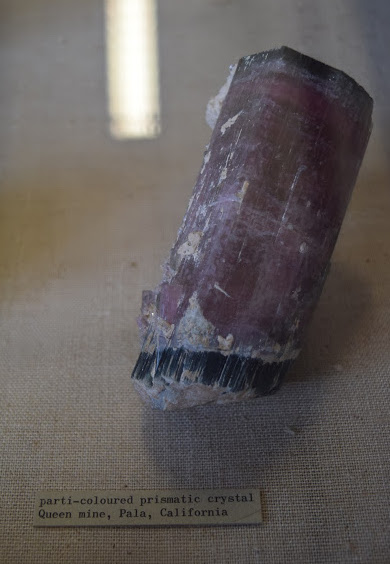 Tourmalines are also a popular gemstone when it comes to healing and magical properties. The gem is known to bring wealth, friendship, love, regulate blood pressure as well as initiate detoxification when worn.

Tourmalines form in the trigonal crystal structure, which tends to grow in long columnar crystals. These gemstones are also cut in longer shapes to retain maximum weight from the rough. You will usually see tourmalines in long slender pears or rectangular step cuts as these cutting styles use the rough effectively. 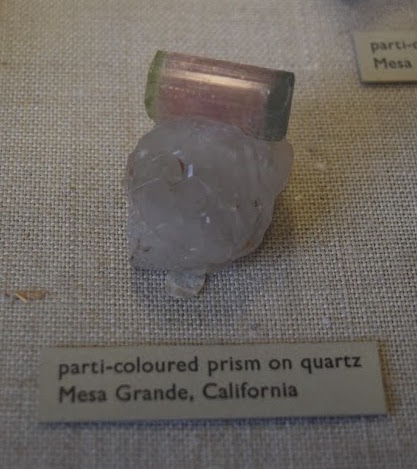 Also known to be the “electric stone” in parts of Asia Tourmaline has the ability to generate electricity when heated, called Pyroelectricity. The gem was used as an ash collector in the Netherlands to remove ash from chimneys, as it attracts the dust and ash, making the process a lot easier. This very same ability allows the gem to maintain odor levels both in cars as well as in refrigerators fighting bacteria. Interesting isn’t it.

So there you have it, everything you need to know about a gemstone that stands tall with pride, the overachiever of all gems, Tourmaline. 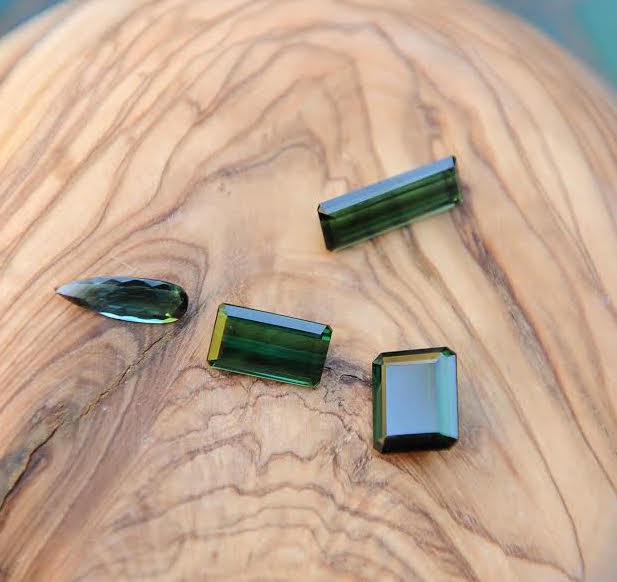