With the fresh colors of a Demantoid that dazzle to the likes of an emerald, or a deeply saturated yet sensual Rhodolite, you will always be left in awe. Colored by different elements but part of the same species, Garnets come in a spectacular array of colors that will leave you spoilt for choice. From golden greens to mystical oranges and even some elegant reds this garnet gemstone jewelry should be on your list this month. A glorious species of gems, it is also coincidently the Birthstone for the Month of January.

Our first favorite this year is Mandarin Garnet, the rarest within the Garnet family. 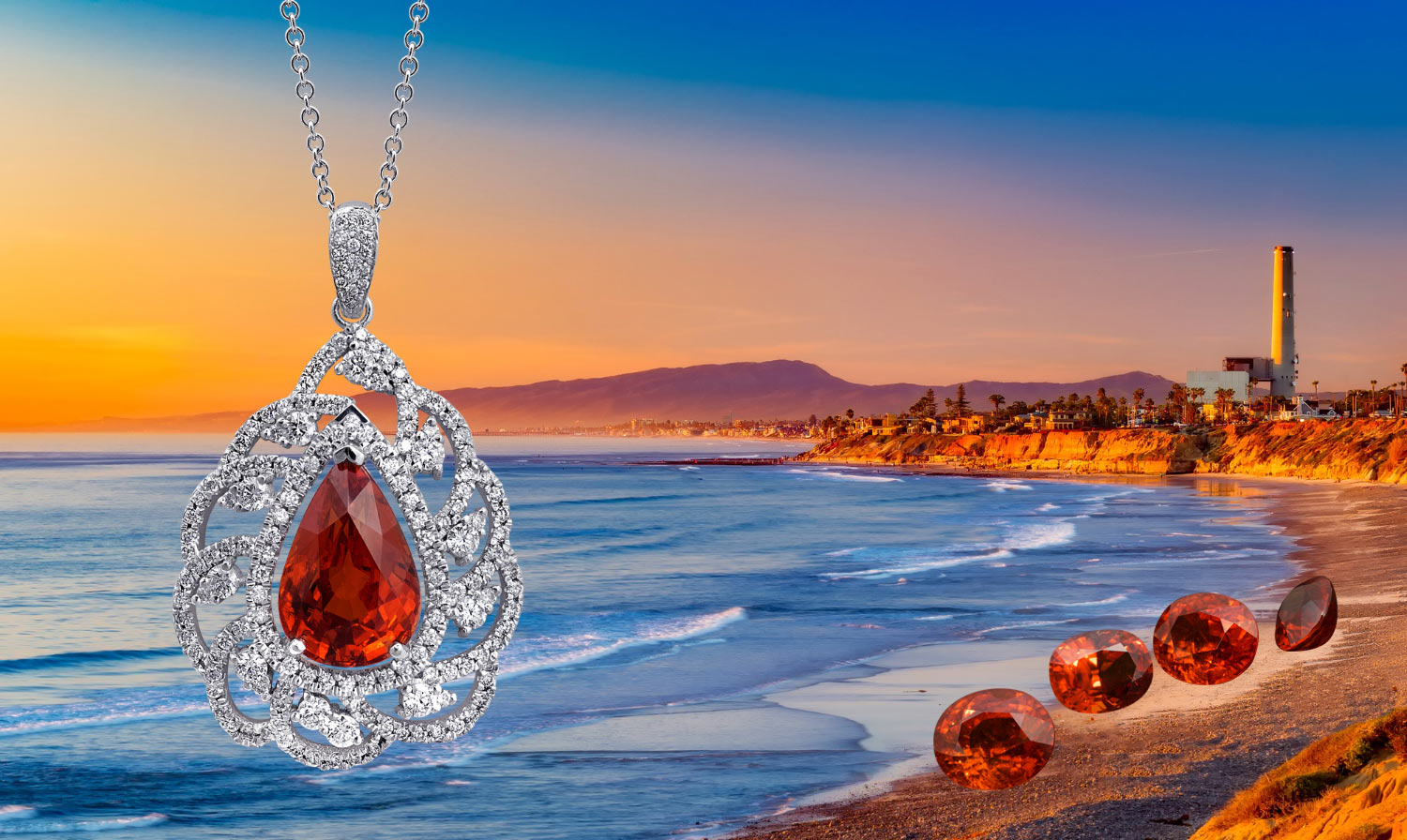 Named after its highly saturated and internally brilliant orange hues, these sunset Spessartite gems have everything you should be looking out for. Durable with poor cleavage, Garnets do not easily break apart when accidentally hit. (An important point to note when buying a gemstone you might wear every day).

The right choice for a woman who’s looking to buy a classy gem with extremely resilient features, Garnet should be your go-to gem. Our highly sought after range of handpicked Mandarin Garnets are some of the rarest. With no hints of brown and colored by the element Manganese, these gems all have a valuable reddish orange color. Often presented on the second anniversary, the glowing gems add confidence and are known to awaken creative energy.

A popular choice today thanks to its rich hues is the Rhodolite Garnet. Filled with a resplendent purplish red, a fine gem can sometimes be valued even higher than a Spinel.

Rhodolite are blessed with a versatile color and get its name from the Greek word ‘rhódon’ meaning rose and ‘lithos’ meaning stone. A transparent gemstone with good luster, it will always be a delight to look at when set in a ring upon your finger.

Our wide selection of Rhodolite Engagement Rings come set with diamonds that sparkle with a regal tint. Often eye clean this Pyrope Almandite variety could have natural internal needles that might even produce a phenomenal 6 rayed star under the surface of the gem.

Last but not least is another one of our favorites, the Demantoid Garnet. Glistening with a golden tinted green these gems have a covetable internal fire. Perfect to symbolize rebirth and renewal, richly colored greens were also coincidently the color represented at the Golden Globes this year.

Vibrant greens were worn to facilitate a change in society. January baby, Oprah Winfrey was one woman who gave a touching speech that urged people to make the change in relation to the Times Up initiative.

Unrivaled in beauty and filled with a glorious green, Demantoids are in fact a rare find. At JupiterGem we have used smaller sized gems, yet created rings with optimal beauty. Chosen as a gem to remove obstacles in love, the rich emerald like colors drive its demand. A variety of the Andradite species, its luster is comparable to that of a diamond.

Some of our other unique gems are the Color Change Garnet, Tsavotrite Garnets and even a range of cinnamon colored Hessonite Garnets. Log on to our website or meet with us at our Los Angeles Showroom to find yourself an irreplaceable Garnet gem.

Topaz and Citrine: A Delightful Duo of November Birthstones