Princess Diana may have been an English Princess, but that didn’t stop the world from falling in love with her as well. She was adored all over the world. Whether you were in England, Asian or North America, people could see that she was a princess that has a quality to her that could only be defined as “real”. It made her identifiable as well as relatable, no matter what culture you were raised into. The world mourned for her on August 31, 1997 but we still celebrate her today, as her legacy lives on. Her two sons have grown to be commanding and handsome men, both moving into their respective roles in the English Monarch dutifully and with regal pride.

On April 29th, 2011, in front of the eyes of the world, Prince William married the magnetic and charming Kate Middleton. Considered a ‘commoner’ in royal circles, Kate Middleton exuded a quality that made her amicable, vulnerable and humanistic. These qualities were things that were often said about Princess Diana herself, so it was only fitting that Prince William bestowed upon her his mother’s exquisite and famous 18 carat Sapphire engagment ring. Currently acknowledged as the most famous Sapphire engagment ring in the world, this heirloom has since grown in value from its original $47,000 value to a staggering $168,500. It’s a well known fact that precious gems and metal appreciate in value, but the sentiment and history of this particular one added exponential value to this glorious Sapphire engagment ring.

Since the re-emergence of this piece, the traditional views of engagement rings have waivered. A global trend began and it prompted new views on what people wanted in their rings. People began wanting rings that were adjacent to their personalities, often opting for colored gems such as Rubies, Emeralds, Aquamarine, Beryl, Tsavorite and of course Sapphires, the one that started it all. Adding color became synonymous with adding individuality, making a ring for the wearer instead of making a standard ring. Both demographics seemed to warm up to the idea, as unbelievably stunning stones were available at a friendlier price-point than that of a diamond.

Celebrities are also opting to choose these bright and beautiful colored gems, and stars like Hale Berry, Jessica Simpson, Nicole Ritchie, Penelope Cruz and Elizabeth Hurley have all decided to celebrate their unions with colored gems, adding a unique and distinctive quality to their engagement rings. This celebrity trend, as well as the explosion of social media has changed the way people think about engagement rings. Whereas having something standard used to be the norm, today’s thinking is infused with people wanting to celebrate their individuality, whether that be on their Facebook page, their Instagram, their Twitter or on their fingers.

With the trends today leaning towards individual style, people are thinking outside the box and finding gems and jewels that they feel capture their essence and individuality, after all, we are the stars of our own stories. 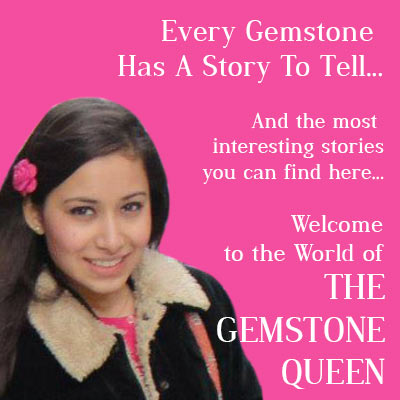